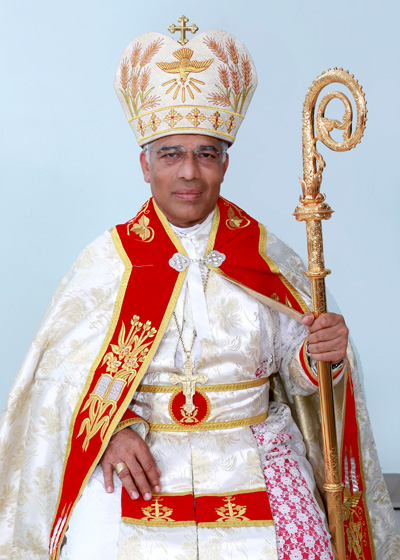 He was born on February 27,1953 at Uzhavoor in Kottayam District. He was ordained priest on the 27th December, 1978. He has B.Sc., B. Ed., M.A. in Sociology and doctorate in Canon Law. In 1994 he joined the Vallombrosan Benedictine Monastery and made the Final Profession on December 5, 1998. On December 28, 1998 he was nominated Bishop of Holler and appointed Auxiliary Bishop of Kottayam. He received the Episcopal Ordination on 6th January, 1999 from His Holiness Pope John Paul II. Later on August 15, 2003 H. H. Pope John Paul II appointed Mar Mathew Moolakatt as Co-adjutor Bishop of the Eparchy of Kottayam. He took over as the Metropolitan of the Archdiocese of Kottayam on January 14, 2006.